We Are All Treaty People from OTC on Vimeo.

Treaties are beneficial to all people in Saskatchewan. They are considered mutually beneficial arrangements that guarantee a co-existence between the treaty parties. Newcomers and their descendents benefit from the wealth generated from the land and the foundational rights provided in the treaties. They built their society in this new land where some were looking for political and religious freedoms. Today, there are misconceptions that only First Nations peoples are part of the treaties, but in reality, both parties are part of treaty. All people in Saskatchewan are treaty people. 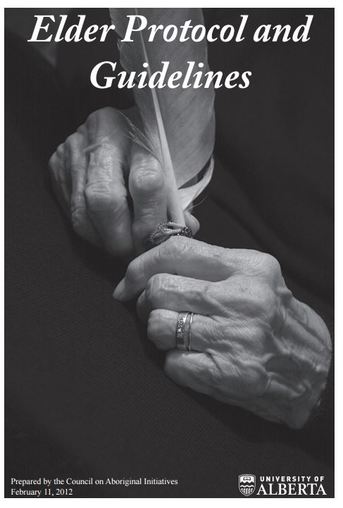 Example of a Protocol

Tobacco: Is a sacred plant for all Native North American people. It is believed that tobacco creates a bridge between our physical and spiritual beings. If tobacco is offered and accepted, the promise is considered sacred. It is a commitment or promise, not only between the people involved, but with the Creator and the spiritual domain. It must be honoured. Tobacco is used as a means of thanking the Creator for the gifts provided. For example, if someone enjoyed a sunset, rainbow, or good weather, they might leave some Tobacco on the ground to thank the Creator for the gift.
When the Creator’s gifts - sweetgrass, cedar, sage, birchbark, stones, or herbs - are taken, one might leave tobacco on the ground to honour the gift. The offer returns energy to Mother Earth, and gives thanks to the Creator.
The tobacco does not need not be smoked, it is most commonly used in ceremonies. Tobacco, or any smudge, may be burned in an earthen-ware bowl, large clam shell, in a fire, or other implements during prayer and meditation. As the smoke rises, prayers rise to the spirit world and the Creator. Women on their moon do not use, carry, or touch tobacco, or any other medicine plant or herb. One exception is women's sage, which may be used by all.
Cree Protocol -Eagle Feather News Series
​For more examples of protocol, refer to the guide above (Elder Protocol and Guidelines) or consult with your local elders. 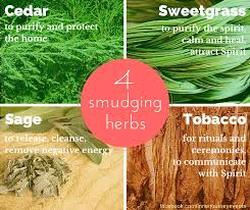 Smudging
A 'smudge' is smoke used for ritual cleansing. Smudging is a ceremony traditionally practiced by some Aboriginal cultures to purify or cleanse negative energy, feelings or thoughts from a place or a person. Sacred medicines such as cedar, sage, sweetgrass or tobacco are burned in an abalone shell. The shell represents water, the first of four elements of life; the medicines represent gifts from mother earth and the burning represents fire, the next two elements. The person puts their hands in the smoke and carries it to their body, especially to areas that need spiritual healing (mind, heart, body). The smoke represents air, the final element. Perhaps the smell of the burning medicines stimulates the brain to produce beta-endorphins and promote healing processes.
Pow Wow
Powwows are celebrations that showcase Aboriginal music, dances, dance apparel, food and crafts. Commonly hosted by First Nations communities (either on reserve or in urban settings), Métis and Inuit also participate in contemporary powwows, and smaller powwows are hosted by educational institutions. Powwows promote cultural pride, respect and health for young and old in an inclusive setting; drugs and alcohol are forbidden on the powwow grounds. Powwows serve an important role in many Indigenous peoples' lives as a forum to visit family and friends, and to celebrate their cultural heritage, while also serving as a site for cross-cultural sharing with non-Indigenous attendees and participants.
Background

Powwows typically take place on reserves and in urban centres across Canada during summer weekends. Contemporary powwows originated on the Great Plains during the late 19th century and, since the 1950s, have been growing in size, number and popularity. Aboriginal and non-Aboriginal people alike attend, and many opportunities exist for visitors to learn about, and increase their awareness of, traditional and contemporary Aboriginal life and culture.
The two main types of powwows are traditional and competition, the primary difference being that competition powwow dancers (and often the musicians) compete for cash prizes. Both types of powwow have ceremonial and social elements, and both serve to foster pride among Indigenous peoples, and preserve and enrich traditions and culture. 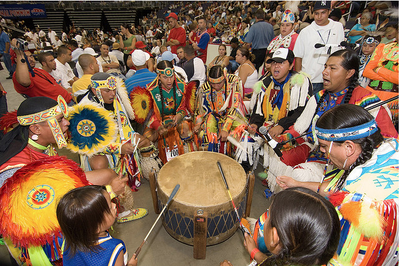 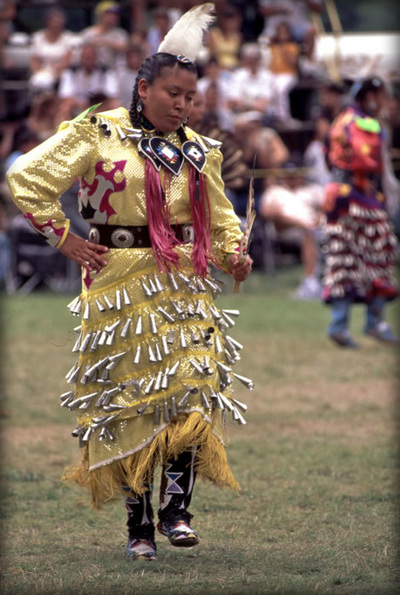 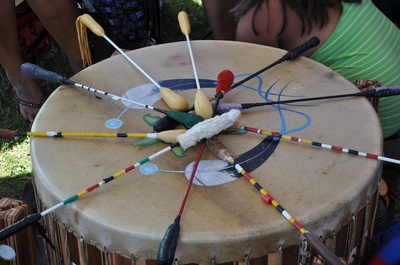 Traditional Economies
and the Inuit